Silent All These Years

Guess who's back!? Back again! Colin's back! Tell a friend!

I have no excuse for being silent for over 3 years, other than the fact I’ve been listening instead of sharing. Experiencing instead of writing. I even let this website go defunct, hidden from the world and locked into a cyber vault, Hundreds of days went by without very many freshly documented words on my behalf. It wasn’t a conscious effort – it just happened. And whatever words were written in the last three and a half years have yet to be shared.

“Twenty years from now, you will be more disappointed by the things that you didn’t do than by the ones you did so. So throw off the bowlines. Sail away from the safe harbor. Catch the trade winds in your sails. Explore. Dream. Discover.”

Although, a lot HAS happened. Nothing super tragic or even earthquaking. But I have continued to learn, independently support myself, follow current events, spend time laughing with my soul mates, travel, create, volunteer and have filled my spare time with live shows and concerts. I'm pretty fucking happy and content.

I’m still in Portland, Oregon… and I’m 30 now! And my half-birthday is in 2 weeks. My half birthday is when I feel most fulfilled and energized. I’ve always considered my real birthday to be my New Year, rather than the January’s new calendar year. What is time anyway? My new year started when I entered this life form, and will remain April 27 until I leave this Earth.

Last winter, I started working on a song and I finished it this past Spring. Finishing a song is quite an accomplishment for me. I usually just end up with non-Grammy-nomination-worthy snippets of verses and choruses scribbled in my journals and saved as voice memos with basic guitar chords strumming up the melody.

At its own pace, this one, however, “Pirates,” nearly wrote itself. My friend, Pope, knew that I was obsessing over the sea/pirate/ship theme at the time and sail-mailed me this little ship pin. Oh my, what a touchstone that item became. 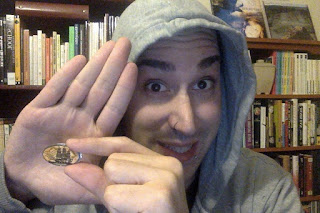 I haven’t shared the song much at all but here is a sneak peak of a portion. Someday, I’ll be a one-man-band, and I'll have Twitter's verification checkmark next to my name. 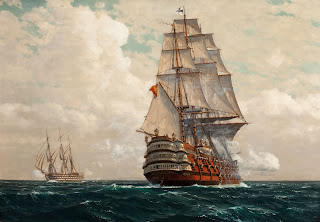