Upon completing a term of service with AmeriCorps, the volunteer earns a $5,500 education award that can be used towards student loans or intuition. As I didn’t personally have either expense, my awards have just kinda sat there all this time.

They do expire though.

So I decided to tap into them earlier this year with a couple writing classes through Portland Community College. My first class was Creative Non-fiction, and my goal was to bring it full circle by writing about my AmeriCorps experiences.

“Lindsey” is what came out of that workshop, about my friend Lindsey, who was on my first AmeriCorps team with me. We traveled the West Coast together and these are just a few of our memories…

Lindsey
(or: 26 notes on service, belonging, desert life, and how two East coasters met in California) 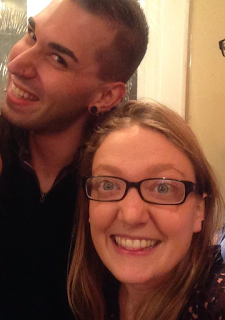