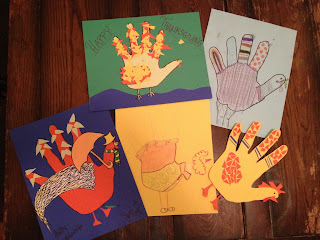 Last Thanksgiving, I was living on a team of 11 people, 45 miles out of the nearest town, in the Anza Borrego Desert. We had the holiday off and decided to volunteer at Julian, CA Town Hall by feeding the hungry, the homeless, the tourists, the veterans, the locals and stuffing ourselves with candied yams. I remember the chill in the air. Winter was approaching, even in Southern California. I talked to people who came through the line as I served them mashed potatoes out of serving trays and pouring ladles of gravy over their plates. They told me how thankful they were for my AmeriCorps NCCC's team service that day.

In my family, Christmas was always the largely celebrated holiday. We'd done the Thanksgiving dinners at home for years but it slowly just became easier to just go order a meal in a restaurant. No dishes! By the time I was working at CVS, I was pulling double shifts on Thanksgiving to get Christmas off. Meme wanted to have a home cooked meal though for Turkey Day 2010 and I closed the store early to get home. I'm glad I did because it was the last Thanksgiving I had with her.

After my team and I finished cleaning up Town Hall last year and started the long drive home, reality started settling around me. Not only was it my first Thanksgiving away from home but it was the first holiday season without my Meme. My team had heard me speak of her quite often but I needed their support that night more than anything. Missing her, still grieving her recent passing and still adjusting to my new endeavor of service, I took it upon myself as we sat around and ate more pie at our campsite, to start a sharing circle. I wanted to read to my team what I wrote and read aloud at Meme's funeral. This was the first time I cried when I read it since I wrote it. Heck, I didn't even cry when I wrote it! My teammates each ended up opening up and sharing some of their deep thanks. It was a milestone for our team's growth and I'm glad Meme was a bridge for that. I was most thankful to know how proud Meme was of me before she passed and even though she didn't get to hear about my stories on the other end of a phone line, I know she got to see all that I accomplished in my year of service.

Now that I'm back on the West Coast, this time in Portland but still not able to afford the time or the plane ticket, I'm absent from my family's festivities again. However, my fantastic supervisor, Nicole hosted an "Orphan Thanksgiving" for my new team of six. Four of us were able to bring dishes and many friends were in attendance. We made these handy-dandy-turkeys that are posted above (mine is the one with the umbrella) while waiting for the real deal to cook and over a fantastic dinner, we each spoke of where we were last year and what we were thankful for this year.

This year, I am thankful for my AmeriCorps experiences. In NCCC, I learned hands-on skills, traveled through California, met many angels of the day, learned how to appreciate love, improved my leadership capability, grew with my team and opened a door that lead right to where I am now, sitting here on my bed in Oregon, serving a second year of AmeriCorps. It was been life-shaping and I am grateful.