Georgia, You Know That You've Been On My Mind...

Before I left Asheville, North Carolina, Rachael took me to her favorite coffee bar, "The Dripolator." We sat on the bench outside the shoppe and chatted before she had to go to work.  I would love to spend more time in Asheville at some point to be able to soak up more of it's culture. The people in town seemed diverse and laid back and the surrounding mountains towered. 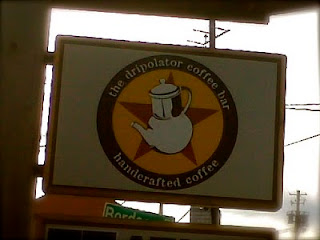 I checked my oil, filled my gas tank and I crossed the border into South Carolina. The Carolinas are truly beautiful. I learned that the Blue Ridge Mountains run for hundreds of miles along the ridge of the Appalachian Mountain Range from North Carolina to Virginia, from the Smokey Mountains Park to Shenandoah Park. I've been to the Blue Ridge Mountains years ago when I visited Greenville, South Carolina with my Aunt and cousins and will have to revisit those photos.

South Carolina smelled of wild woods, unless that was just the dump truck full of bark mulch in front of me. On the wings of flight, I saw a mother hawk teach her young'ins how to soar over the highway and into the trees and back out to find food. Food sounded like a good idea and I saw a sign for Chick-Fil-A, a fast food restaurant I had never been to but have only heard good things. I figured I'd give it a shot as fast-food is the cheapest way to eat, when crossing the country. My cousin, Chelsea and I  ate at Dairy Queens across the nation as the DQ in my neck of the woods only sells ice-cream. This time, at Chick-Fil-A, I tried Deluxe Chicken Sandwich with waffle fries. I'm no longer a virgin to their meals and it was a heavenly "first time." However, their lemonade was not nearly as good as the limonada in Juarez, Mexico. 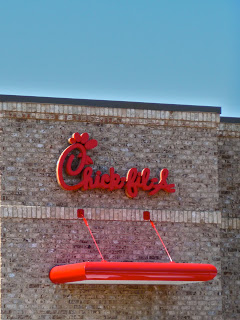 Welcome to the cult. 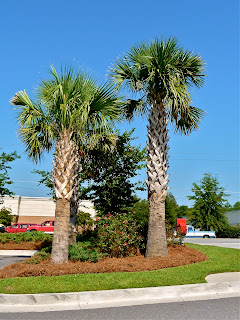 I also saw my first Palm Trees of my travels in South Carolina.

I hugged the border of Georgia and tried to gaze through the clusters of tall, skinny trees that separated the highway. After an eight hour drive, I arrived in Bluffton, South Carolina at my friend Angela's gorgeous apartment that she has been building bookcases for in each room. I met her neighbor Mary, originally from Chicago, who let me in and left the key for me, since Angela was moving the rest of her belongings from New York City to the South. I fed and watered her blind bunny, Greta and later on that night gave her, her eye drops. Greta was an angel.

Deciding to take the drive into Georgia for a quick visit, I past Coosawhatchie, SC. A town? River? Both? Either way, I neared Savannah, Georgia where restaurants with names like "Chicken Lickin'" existed. In the tall grasses, the clicks and chitters of Southern bugs grew louder into the evening and I kept thinking it was my car making funny noises. 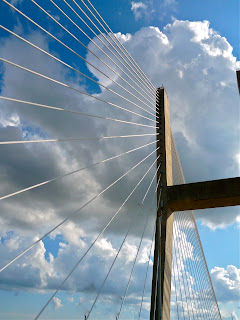 This is the Eugene Talmadge Bridge, that crosses over the Savannah River into Savannah, Georgia. The state line is midway across.

It was so nice getting into Bluffton, South Carolina early to have the time to go explore Savannah, Georgia for an hour or so. I've waited my whole life to see Georgian trees. Tall, ancient looking, sturdy and covered with moss that hangs from each branch. A cluster of these trees make any town quaint. 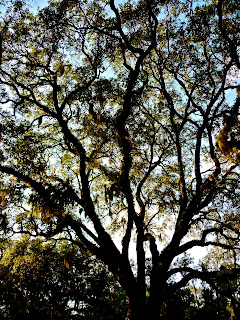 And Check out what you can actually buy in a store down South! Due to it's racial innuendoes, you don't find this in very many stores up North. However, it remains a classic Disney period piece, for sure! 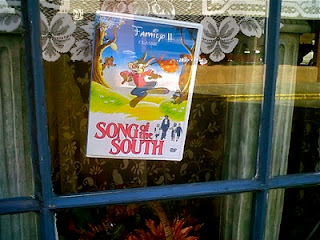 
One quarter in the parking meter gave me almost a full hour to walk around downtown and head down to The Port Of Savannah Georgia. I saw City Hall, The Cotton Exchange, Savannah Tours and Russ Russ even made a friend along the way! 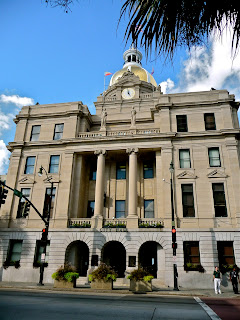 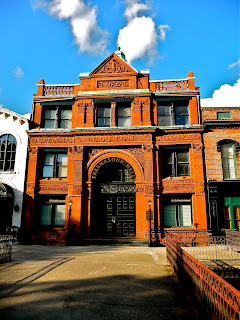 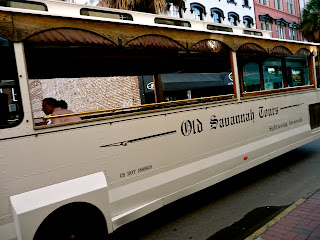 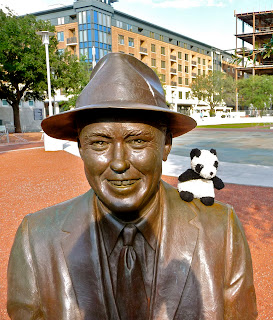 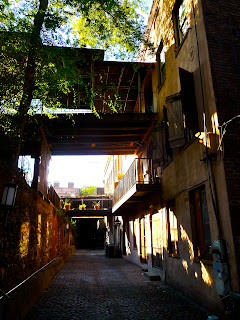 Going down to the water. 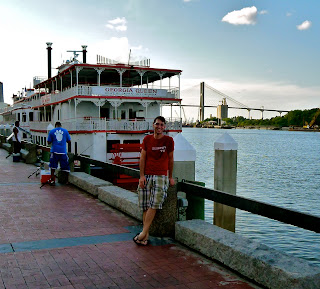 Georgia Queen River Boat and the Eugene Talmadge Bridge in the background. 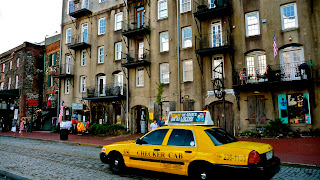 Along the Port Of Savannah.


It has been a few years since I have seen Angela and boy, how I have missed her. I'm grateful that I was able to stay in her clean abode, relax a bit while listening to the new Indigo Girls album, Beauty Queen Sister, streaming online before it's release date of October 4th! I even contemplated a bath. I wish I could have stuck around a little longer to see Angela, though! I would have helped her move her large furniture, much like I had done for cousin Tom and Danielle right before I left Massachusetts but onward I must go. 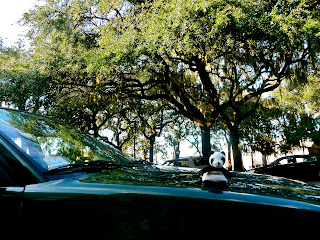 Email ThisBlogThis!Share to TwitterShare to FacebookShare to Pinterest
Labels: Cruising