I realized how much I enjoy "Barefoot Gardening," as I pulled out the dry, dead, hollow stocks that once bloomed the flowers of my Tiger Lilies this summer. The flocks of Canadian Geese flapped overhead, heading South. The lilies I refer to are the ten medium sized bushes of Tiger Lilies, that line my parent's side lawn. They use to take root on either side of the cement stairs that lead up to the front door of my parents house. They lived in those two corners for years until my mom expressed her hatred for their sassy orange attitudes. My Dad and I dug them all up when I was little and threw them into the thick mess of vines, pricker bushes and small trees that grew beyond the yard. He told me to watch, as we threw the bunches sporadically into the (what we called) woods. He promised that by the following summer, they would have taken root and begun to thrive again.

A couple years later we had landscapers come by and they made the viney, prickery, wooded mess disappear. It widen our yard by at least six feet all the way down to where the actual wooded area behind our house begins. When the landscapers left, to my surprise, I realized that my Tiger Lilies were standing tall and strong, equally spread out clumps, in the newly cleared out soil. Since then, I've watch their progress every Spring from my bedroom window. When they bloom in the Summer they flaunt their bright orange sass. When their ego's get to heavy, they lean towards the East, in the direction of my bedroom window, to catch the sun's rays. They bow to me, greeting me "Good Day," each morning.

Here's a villanelle I wrote in college inspired by my Tiger Lilies.

If I were to ever get a tattoo on my back, I'd have a hawk with a Tiger Lily in it's beak, inked on my shoulder blade, reminiscent of the sign of peace: Dove with Basil.
Basil? Fig leaf? It could have been a twig for all I know but my tattoo would be in honor of my home, were I've grown up my entire life, surrounded by Tiger Lilies and the tall pines that are home to a family of hawks, each summer.

September is always a sad time of year for my Lilies, as they have passed their prime season. Their leaves sprawl across the bark mulch and the dried stocks stand like enlarged straws, stuck in the ground, claiming their land. I say a prayer as I pluck each one from the Earth. I'm trying to make the yard a bit more presentable for the weekend since the family is coming from across New England, from Canada and maybe even Las Vegas for Meme's services. My aunt wanted me to read out loud at the funeral but I honestly don't think I'll be able to. If I do end up speaking, it will be something I write.

Here is the obituary that Dad and Aunt wrote.

It's only online until Oct 6th but I'll be keeping everyone's thoughtful words to reflect on in years to come, so please feel free to sign Meme's Guest Book.

I really enjoy the occasional day-off but I usually get easily agitated and anxious, I'm glad I've been really productive the last couple days as my work schedule dwindles before I leave for California, however, I lost my glasses during all my yard work! Try looking for your glasses, WITHOUT your glasses! Maybe someday I'll get contacts, I'm just too afraid that they will get sucked into the back of my head and stuck in my brain.

Looking back on the summer, it seems to have flown by, again, as usual, like feathers in a breeze. I came home from Austin, Texas to spend the remainder of my summer in Massachusetts for a few different reasons. One of which was for my new job I started in June, in the industry I want to get involved with. The Travel Industry. The other priority I also came home for, was to spend time with my Meme, not knowing what would happen in the year to follow, after I left again. I'm thankful for the last times I had, at home, with her. I've also just started to make amends with people I've been closest to for years but fell out of touch with the beginning of this year when I was trying to piece myself back together, in a brand new city. My Meme in a way, has inspired a refurbished connection with my allies, based on bonds externally bestowed. She brought us back together and dispelled the anger. In the process of rekindling one friendship, I have actually made a new friend as well! It's particularly peculiar how a chain of events occurs but my journey continues and I am lead to my next adventure, across our country, with more love and support in my heart than I've ever had. I feel like Dorothy. "People come and go so quickly here."

I'm concluding with a list of the best new movies and music that have entertained my senses this summer. I would not steer you wrong.

"The Chronicles Of Narnia: The Voyage of The Dawn Treader"

"The Chronicles..." have always been my favorite series and I've waited years to see The Dawn Treader brought to life. Even though the film was not backed by Disney this time around, It was well worth the wait, regardless.

I love Johnny Depp's monologues and Rango certainly did not lack great dialogue. It's not necessarily a kid's movie but is comical, visual and promotes self confidence and the importance of coming together as a team when hope is not enough. 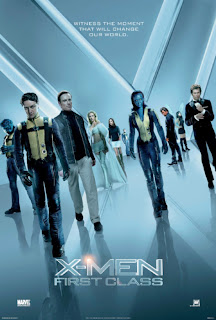 The entire story line of XMen is so intricate and detailed that you can't help but to get sucked in! There is never a dull moment as the story unfolds and the action sweeps the screen before your eyes. The whole movie is an "Aha! moment" for fans of my caliber, who never read the comics but have inthralled by the characters of the previous four releases.

Staring the innocent, pure-voiced, singer/songwriter Brooke White, originally airing on Fox, "Change Of Plans" is a great family flick. Watch what happens when a free spirited musician and her husband find out they just inherited four siblings, born from all over the world but grew up in Uganda with their Peace Corps parents. Love will prevail. 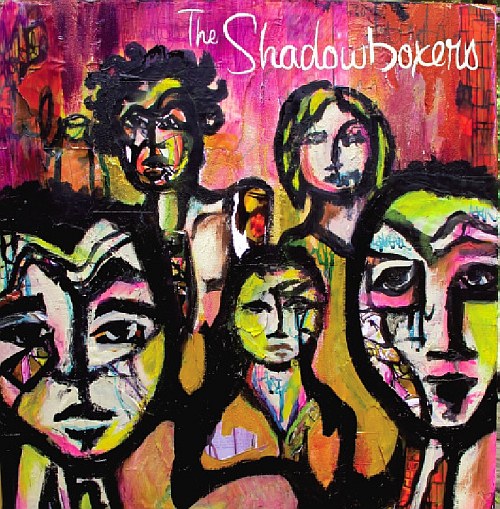 Scott, Matt, Adam, Ben and Jaron were born across the country but all just recently graduated from Emory College in Atlanta, GA. Their southern rock style shows master musicianship and romantic melodies. These boys know how to put on a show by intensely focusing on the harmonies they create and also knowing how to let loose, have fun and dance.

Suite 709
For FREE, Download their first ever EP that was fully funded by their fans!

Think James Brown, meets Tower Of Power with a few less horns and even more spunk! Jirod Green is the front man of this Austin, Texas band that has funk in their junk. And take a look at those dreadlocks! As the launch of their fourth album approaches, these Austin boys know how to promote themselves to their fans. From giving out free hugs on Sixth Street during South By South West and serving popcorn to a few lucky fans during their Concert DVD Viewing... to live-streaming KGSR performances and a virtual listening party and group chat over the internets. Backed by key boards, bass lines and electric and acoustic guitars, the dirty voices cause their stories to shine  and ambition emanates from their melodies.

Head and The Heart

I caught the repeat of this Seattle band's performance on Conan O'Brien the other night and immidately became obsessed with their song "Lost In My Mind." These hippies know how to create a full bodied, folky sound. Also, having two folks in the bands strictly for hand claps and harmonies is always welcomed!

The yet to be released album that I am most excited for would have to be...

Happy Belated Birthday, Amy Winehouse. She would have just turned 28.


Here is Amy and Tony's duet together which would turn out to be Amy's last full length recording.

Forever in our hearts. "These tears dry on their own."

Email ThisBlogThis!Share to TwitterShare to FacebookShare to Pinterest
Labels: Conversing